Showing posts from September, 2013
Show all

Down Under Nationals 2013 Donation 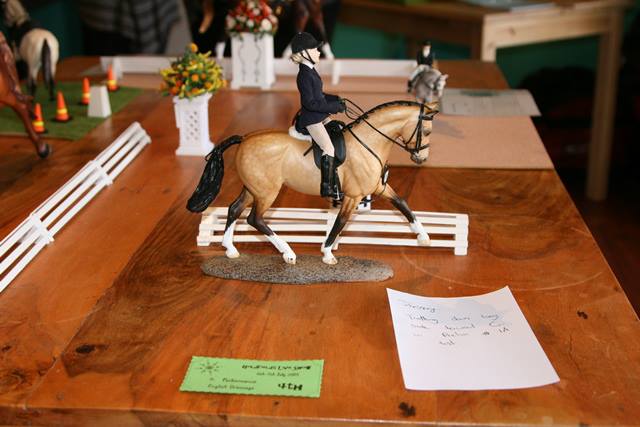 DUN is held ever second year, and is the Aussie equivalent to the US's NAN (though not nearly as large!) Each DUN I have donated a custom Breyer. Last time it was the classic scale Marigold, you may remember her . I donated her blank and she was painted up by Sommer Prosser Well she ended up in the hands of an Aussie, and has since gone onto live show success This time around I have customised a Breyer Clydesdale foal. Though every single surface has been resculpted, I hesitate to call him 'drastic', so I shall call him 'tweaked' instead. He is still a Clydie foal, but he has had a growth spurt, gained a new face, a few pounds and an awful lot of hair. Phineas ('cause I am huge fan of the kids cartoon Phineas & Ferb ) raffle tickets are now available through the DUN Website, which can be found here They are only $2! You could potentially own the fellow for less then I paid for his body ... BARGAIN !!! So jump in a grab some, I know I wil
1 comment
Read more
More posts