February 20, 2012
I expected to be painting this week. I had a Humphrey resin (white/grey) a Whisper resin (bay) and three plastic CMs that are ready or close to ready for paint.

Two of the plastics have sold, Valentine and PAM, and I will not be the painter of either :) They are both going off overseas for their new coats.

That left me a little lost. I don't like not having a couple of traditional size CM's going, and Kelly is at the refinement stage, so I have dug through the body box. Out came Keltic Salinero, and on came the Dremel *impish chuckle* 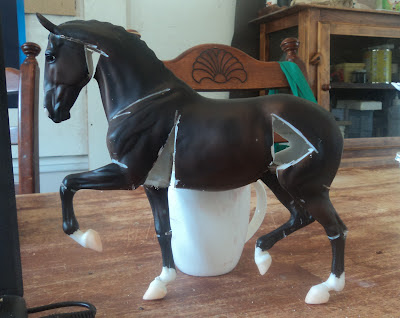 Sally was going to be another WB in a flying extended trot, but as I started cutting, he told me he does not want to be a Warmblood anymore...he wants to be a Lipanzzaner!

Research time! After a morning of photo collecting, I thought I knew what I was doing, lol, Sally once again had other ideas!

This is where he is now...a few more tweaks and he would be performing a great Pasade... 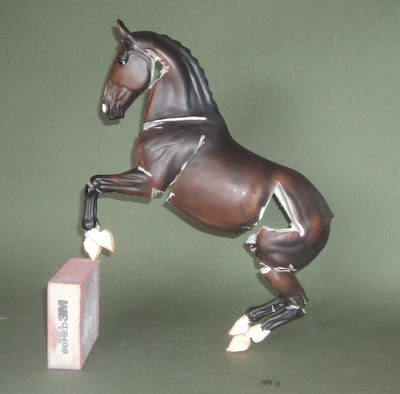 but this is where he wants to be! He wants Levade. 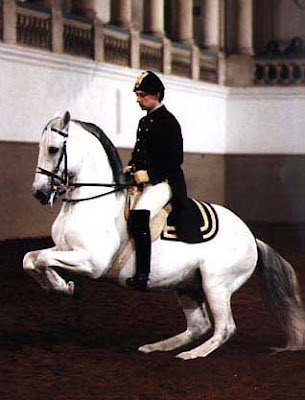 Looks simple huh? But this is not just a normal rear, this a carefully controlled haute air movement, it must look difficult, lots of tension and strength. I think this simple custom is going to be much harder then it looks.

For some great descriptions on the Pasade, Levade and other Huate air movements, you can find further reading here;
http://www.imeha.org/imehaguidebook/Dressage/dressageexhibition.html
CM lipanzzaner Salinero 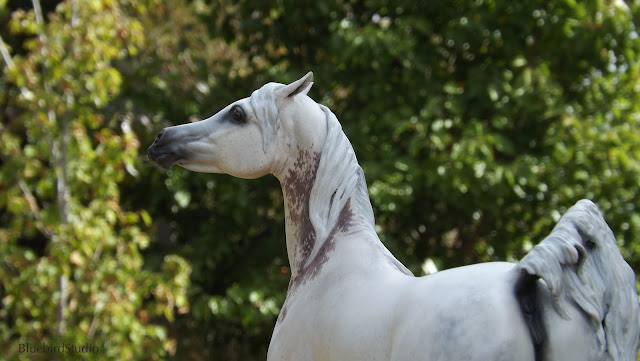 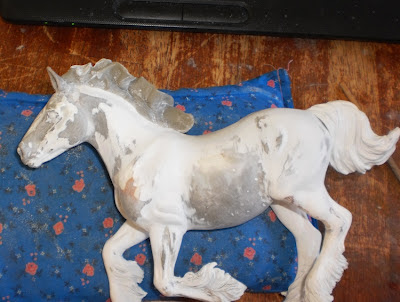 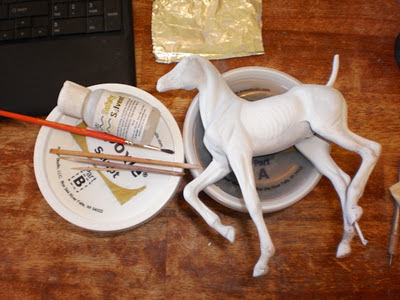